The State of New York

Digging Deeper:
There are significant regional differences. In fact, a majority of residents, 54%, who reside outside New York City believe there are too many local governments. This includes 66% of people who live in Western New York and majorities in the Capital Region, the Lower Hudson Valley, Long Island, and Central New York who share this view.

Thinking about the number of local governments in New York State, do you think there are too many, too few, or about the right number? 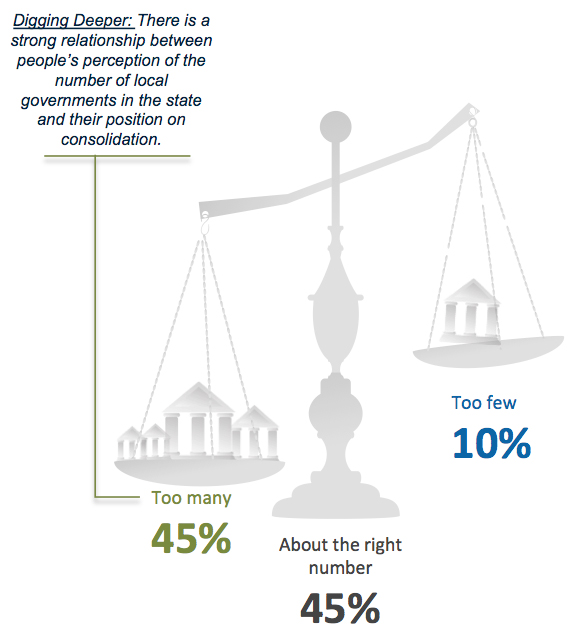 Direction of the State

How do New Yorkers describe the current climate of the state?

55% of New Yorkers believe the number of school districts in the state is on track.

On the Plus Side